Christian Stamm was born in Germany by his German parents Gisela and Jürgen, but he grew up in the USA and Italy, and although his work takes him around the globe a lot, he has been based in Barcelona, Spain, for quite some time now.

Christian fell in love with the acting trade, relatively late in life, while he was still studying law, but gave it his maximum energy right away, maybe to “make up for the lost time”. Since then, he was the lead in the horror feature films Vampyres (by Victor Matellano, 2015) and Escape from Marwin (Jordi Castejón, 2016), as well as the indie feature drama Impar (Sergio Dominguez, 2014), and he had supporting roles in box-office films such as Caccia al tesoro (Treasure hunt, Carlo Vanzina, 2017), El hombre de las mil caras (Smoke & mirrors, Alberto Rodríguez, 2016), El jugador de ajedrez (The chess player, Luís Oliveros, 2016), Rey gitano (Gipsy king, Juanma Bajo Ulloa, 2015), Perdiendo el norte (Losing north, Nacho G. Velilla, 2015), Sonata per a violoncel (Sonata for chelo, Anna M. Bofarull, 2015),and Mr. Nice (Bernard Rose, 2010), just to mention a few. He also participated in the popular TV series Cuentame como pasó (2014), Grand hotel (2013), El barco (2012), Sin identidad (2015), Buscando el norte (2016), El Caso – Crónicas de sucesos (2016), Ministerio del Tiempo (2017), and Presunto culpable (Presumed guilty, 2018), as well as several European TV movies. Worth mentioning that, for his role in Vampyres, Christian was a candidate for nomination as “Best Actor in a Leading Role” to the 2016 GOYA AWARDS, and as “Best Actor in a Supporting Role”, to the 2017 GOYA AWARDS, for El jugador de ajedrez.

Among the more than 50 short films and web series which Christian Stamm starred or co-starred is Desenterrados (Unearthed), a three times Los Angeles Web Fest 2012 awarded web series by Xavi Cortés, as well as the awarded La rosa del desierto (Desert rose, b y Emilio Alonso), Carne de gaviota (Seagull meat, by Felipe Espinosa), candidate at the 2015 Cannes Court Métrage Festival, three times nominated at the Northern Virginia Film Festival 2015, and awarded twice at the Lancaster International Short Film Festival with the Grand Jury Prize and for Best Drama, Errarte en la sombra (Erring you in the shadow), by Hilario Abad, for which Christian was nominated “Best Leading Actor” by the University of Sevilla, If my father knew, based on a monologue in 12 Monkeys and directed by himself, for which he obtained a nomination for ‘Best Monologue’ at the 2009 Tespo Awards, and La calle es mía (This street is mine), by Javi Gonzalez, which brought Christian a nomination for ‘Best Actor’ at the 2012 Godarin Awards (Bande-à-Part).

Alongside his work as an actor, Christian is more and more involved in directing, producing, as well as show hosting. He assisted Alicia Verdés with the direction of the awarded Alba significa amanecer (Alba means dawn; 2012), he hosted the Primavera Sound International music festival 2015 presentation gala, and he is currently co-producing a feature movie adaptation of a book by Stefan Zweig.

In his ‘early life’, before starting making, thinking, sleeping… eating movies, Christian was a 1st Dan Karate teacher, a Law graduate in Germany and a lawyer in Spain, a photographer, a ‘stunt man & precision driving’ academy graduate, a world traveler… And he still practices all kinds of sports on a daily basis, nowadays with a special focus on yoga and olympic boxing… yeah, the one where they wear those funny helmets…

Christian is born, in Hilden, near Solingen (Rheinland, Germany), from German parents.

His family moves to Comerio, near Varese (Lombardy, Italy), where Christian attends the Schuola Europea (European Highschool), and makes his ‘European baccaleaureat’, in 1986.

Life in the USA

Christian moves to the US by himself, where he attends the Port Jervis High School (NY) as a Senior, and from which he graduates, in 1985.

Christian ‘stumbles’ into the acting world when asked to participate in a TV commercial. He then starts ‘real’ acting by the hands of experienced teachers such as Carlos Lasarte and Txiki Berraondo. Between 2000 and 2004, he attends the actor’s academy “Estudi Nancy Tuñón” for 4 years. In 2008, he joints the Meisner Technique program by Javier Galitó-Cava (Meisner España), disciple of San Francisco based Rachel Adler (Waterfront Playhouse & Conservatory, until graduating there, in 2014. Different classes and seminars follow, by Carol FoxPrescott (NYC), Kari Margolis (Barryville, NY), Juan Carlos Corazza (Madrid), and more recently Damien Acoca. In 2017, Christian joins award winning stunt academy, InExtremis Films, for stage fight, acrobatic training, and precision driving technique.

Christian is initiated in the 7th art with the short film Inventario, by Oscar Curras and Iñigo Royo. His debut in feature film follows 2004, with FAQ – Frequently AskedQuestions, by Carlos Atanes. By 2016, he will have landed over 80 leading and sustaining rolls in over 80 feature film, short film, as well as TV series and movie productions… 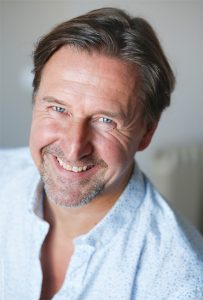 Don’t sidle in as if you were doubtful
Whether you’re welcome–the feast is yours!
Nor take but a little, refusing more
With a bashful “Thank you”, when you’re hungry.
Is your soul alive? Then let it feed!
Leave no balconies where you can climb;
Nor milk-white bosoms where you can rest;
Nor golden heads with pillows to share;
Nor wine cups while the wine is sweet;
Nor ecstasies of body or soul,
You will die, no doubt, but die while living
In depths of azure, rapt and mated,
Kissing the queen-bee, Life!

GODARIN AWARDS 2012, celebrated by BANDE À PART, one of Spain’s top filmmaker schools: Nomination for Best Actor, for LA CALLE ES MIA (This Street is Mine), by Javi Gonzalez.

XVI Short Film Gala of the University of Sevilla, presented by RTVA (Radio Television of Andalusia), Nomination for Best Actor, for ERRARTE EN LA SOMBRA (Erring you in the Shadow), by Hilario Abad.